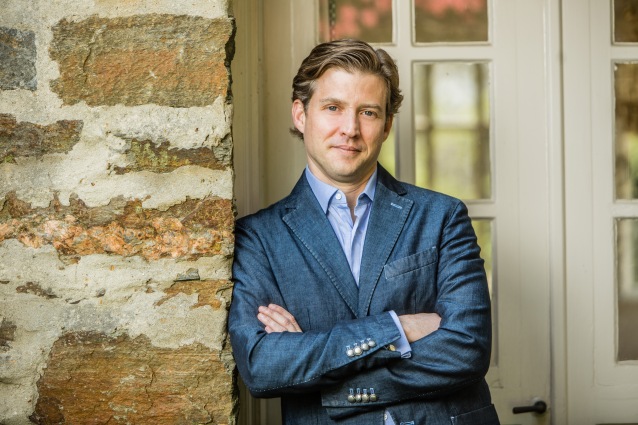 Obama was the first Presidential tenure of my adult life where I felt as if I could get involved and make a difference. During my time at YouTube, I saw a number of my former Google colleagues take roles on the campaign or in the administration. Mostly through these folks I was connected into a group of really brilliant, hard-working thinkers who saw new opportunities for public and private sector collaboration. Alec Ross, as a Senior Advisor to then-Secretary Clinton, struck me as someone who was willing to invest – and take risks – to make these partnerships work. His new book The Industries of the Future was published this week so I shot him five questions to answer for me.

Hunter Walk: Your new book The Industries of the Future covers what’s going to happen over the next 10 years, especially areas of expected progress. What’s a point of view you’re taking that you’d consider contrarian? Any statement that people have especially challenged you on?

Alec Ross: I hope I’ve been aggressive enough with my thinking here that everybody will find something to disagree with. When two people agree on everything, it means that only one person is doing the thinking.

If there were one thing I’d flag, it’s my belief that the robots of the cartoons and movies of the 1970s will be the reality of the 2020s. I think the combination of powerful AI + cloud robotics  will give them the capabilities. By 2028 or so, advances in material sciences like air muscles (which distribute power through tubes holding highly concentrated pressurized air), electroactive polymers (which change a robot’s size and shape when stimulated by an electric field), and ferrofluids (basically magnetic fluids that facilitate more humanlike movement) will create robots that we might not even recognize as being artificial.

HW: I don’t mean to reveal book spoilers, but how does Silicon Valley fare? Does its historical advantage in technology innovation expand or contract in the next decade?

AR: I think Silicon Valley will continue to do very well and may do better than any other 30 mile long, 15 mile wide area on planet earth, but the geographic spread of innovation and wealth creation will be greater over the next 20 years than it has been over the last 20 years. This makes Silicon Valley’s % of ownership/domination relatively lower, but that’s not a bad thing. We should WANT more places to create wealth and well-being because, if nothing else, it gives us more people to sell stuff to. It also makes the world a more interesting and equitable place.

HW: We first met while you were working for Secretary Clinton and promoting “21st Century Statecraft.” Can you briefly explain what that meant and why you sent me to Iraq? 🙂

AR: My key thesis was that pinstriped foreign service officers needed help problem-solving and advancing America’s foreign policy interests in a world grown more driven by technology. The best way to do that was to bring in thinkers and do-ers from America’s technology sector and get them involved in our foreign policy. It was a huge success. Without getting into too many specifics here, we helped take down narcotics cartels in Mexico. We helped stop assassinations in the Middle East. We built the capacity of more than 1,800 civil society organizations working on issues ranging from women’s empowerment to clean water and election monitoring.

What the technology community needed was a way to get involved that made the highest and best use of their skills, and for four years we did that. It was a lot of fun and did a lot of good.

HW: If there was a particular ask you had of the technology industry with regards to its partnership with US government, what would it be?

AR: Help the government do a better job countering violent extremism. Nobody wants to hear it, but one of the biggest reasons Al Qaeda had to hide out in caves and recruit very secretly and ISIS is now controlling physical territory and recruiting overtly and effectively is because of technology. In Al Qaeda’s heyday there wasn’t social media or the proliferation of messaging apps and other tools that allow for frictionless communication and collaboration. I am not in favor of breaking crypto with mandatory backdoors and the like. I AM in favor of the technology community being a more serious and more engaged partner figuring out how to help dial back the radicalization that is taking place, enabled at least in part by our own technology.

HW: Given your history, I won’t ask you about any specific candidates this Presidential primary season but do you have a POV why “anti-establishment” messages seem to be resonating so strongly, at least in the poll numbers.

AR: I think there is a very high level of anxiety in America about the future. The lack of economic growth in the American middle class is entering into a near-record territory. Coupled with this anxiety is a sense of unfairness. There is a widely held perception that their economic stagnation is in large part because people at the top (the billionaires) and the bottom (new immigrants, people newly covered by Obamacare) are benefiting at their expense. The impulse to support fascists on the right or a socialist on the left comes from a very similar place.

You can purchase Alec’s new book The Industries of the Future on Amazon or at your local bookstore.