One of my favorite aspects of the tech industry is that behind the noise, the tweets, the press headlines, there’s a depth of operator-founders who build amazing, lasting and valuable companies. My friend Russ Fradin is one of those people and my bet is that most of the folks who read my blog don’t know Russ. He’s currently cofounder/CEO of Dynamic Signal which helps companies involve their employees in enterprise social media – he calls it an “OS for advocacy.” 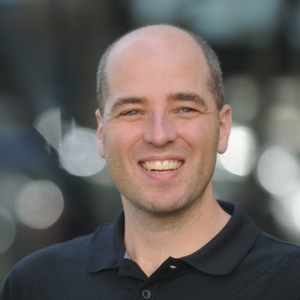 HW: You’re also a pretty successful angel investor (TubeMogul, udemy, etc). What’s your motivation for staying involved in this scene given all your other priorities?
RF: I’ve probably invested in 35 companies in the last 5 years or so.  Some have been enormously successful, others have failed quickly and badly.  I have a few motivations.  First, I really love meeting and working with entrepreneurs.  You learn a ton.  Take TubeMogul and comScore, I am a Board Director at both companies.  I suspect if you asked both CEOs they would tell you I am a great Board member and really helpful.  They probably do not know this but I honestly have gotten MUCH more from them than they have gotten from me.  You learn a ton watching other smart people run their businesses.  I had a similar experience with Udemy, I was one of the first angel investors and was the first outside Board member.  I got to watch the company grow from nothing to the giant success it is today, learn about marketplaces, online education, hiring a development team outside the US, etc…  I know they got a lot from me but I’ve gotten just as much from them.  Second, from a purely financial perspective I’m extremely unlikely to outperform the market from a public standpoint because I don’t know anything about it compared to professional money managers at mutual funds or hedge funds.  On the private side I have proprietary knowledge and access so it’s a better allocation of capital.
On top of that it is nice to give back and be helpful to entrepreneurs.  It’s why I also do things like mentor at the Founders Institute in addition to investing.  But again, there is only so much time in the day…