Kia Kokalitcheva is a San Francisco-based technology and business reporter at Axios. She covers tech, Silicon Valley, and venture capital. We’ve known each other for a while – she was previously at Fortune – and besides appreciating her work, Kia has always struck me as a no BS person who will tell you where she stands. Whether I agree with her or not on an issue, I like the forthrightness. And I’m happy she agreed to Five Questions with me. 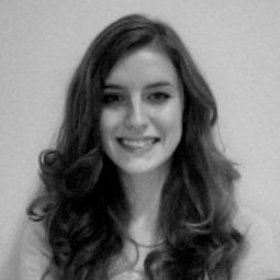 Hunter Walk: If “the medium is the message,” how does Axios’ newsletter-first strategy shape the reporting you do and the format it takes?

Kia Kokalitcheva: Our newsletters have evolved over the years but today, we’re constantly thinking about what makes a story good enough to “lead” one of our newsletters. Why should this be the main story a subscriber spends their time on when they open the email? For me, that means either a story with original reporting (a scoop, an interview, an original dive into a subject) that readers can’t get anywhere else. If that’s not possible, then original analysis or arguments about information already out there!

At the same time, we know subscribers often use our newsletters as the way to get their daily dose of news in one shot, so that also means catching them up on smaller news they may have missed, links to longer stories if they want to go deeper, other information they may want, charts, etc.

HW: I’ve never quite understood the relationship between editor and reporter. At some publications it seems like editors have to approve story topics, whereas at others, it’s more of a post-submission content review/improvement function but not an approval per se. How have editors played a role in your career across three companies?

KK: So the thing to know is that there are different types of newsroom cultures, and different types of editors. Some are more driven by editors while in others, reporters take the lead, and some are a mix, varying across the different products they put out (website, newspaper, magazine, etc.).

Because I’ve always worked in (mainly) online newsrooms, I’ve always had a lot of flexibility and room to use my judgement and write the stories I think are needed, important, or interesting for readers. But editors have also always been a great source of knowledge and wisdom about improving things like sentences, story structure, angles, subject matter expertise, and guidance in getting the necessary reporting done. At Fortune, for example, the range was wide—from self-guided decisions to write a short online story about Uber’s latest big news, to pitching the print magazine’s editors and then going through very heavy-handed (but amazing) editing to get to the final process, and everything in between.

At Axios, I regularly go ahead and write stories that I know are important for our audience, and get an editor to work their magic on the draft before publishing it. At the same time, I also regularly chat with certain editors like Dan (Primack), who is also my boss, about story ideas I’m thinking about before I start working on them.

HW: It’s only natural that a technology reporter also develops friendships within the tech community. How do you navigate these relationships when you might be reporting on someone you know (or their company)?

KK: Journalism is built on a foundation of trust and truth. While I have friends who are also sources, those friends know I wear two hats — the professional and the personal — and know that I separate those two. I am pretty good at setting and managing boundaries. Friends know what to say and not to say, and they also know that if we’re hanging out in our off time, I’m not going to burn them if they accidentally blab.

HW: What’s your take on reporters unionizing at media companies and news startups? And do you think we’ll start to see similar at technology companies (I guess Kickstarter may be the first)?

KK: To be honest, I don’t personally have an opinion on unionizing, so I’ll leave it to others to decide whether it’s a good move for themselves. But I’m not surprised to see a number of newsrooms make that choice — newsrooms have been precarious workplaces thanks to the turbulence of the industry.

As for tech companies, Google and Tesla have seen some efforts on that front, and Kickstarter did recently vote to become one. Ultimately, it’ll come down to each workplace and how its workers feel vis-a-vis management.

HW: Over the past few years there has been more open discussion of the ways the tech industry has mistreated women within its culture. Do similar issues occur within journalism and do you personally feel like as a female reporter it’s getting “easier” to do your job outside of this bias?

KK: I think a lot of what’s come out really is what women have to face in the workplace in general because it’s a societal problem. So yes, women in journalism—as in workplaces everywhere—face stereotypes, bias, discrimination, sexual harassment, and so on.

We’re long past the days when women weren’t allowed to have a byline and could only get “researcher” jobs at news outlets, but I’m also not sure it’s noticeably changed in the 6 years I’ve been doing this. But I do see a lot of encouraging signs! For example, Axios’ original team of tech reporters was majority-female, had a woman as the tech editor, and a woman leading its main newsletter (the team has since expanded and evolved so this has changed a bit, but we still have strong female representation). I also recently noticed that most VC reporters I know or bump into at industry events are women, so like it or not, this industry has to answer questions from one (or many) of us even if we’re still underestimated sometimes 😉

The most important, and dangerous, book I can recommend to you.

You probably own a coffee maker, but you probably don’t do this one simple thing to make your coffee taste better.